What’s going on with the Secret Space Program, and what’s happening in Antarctica? Andrew D. Basiago, as the first of many whistleblowers, joins us to discuss his involvement in military black ops projects involving teleportation and time travel. Also, what does the shadow government have planned for Syria, Russia, and eventually Iran? Author and lecturer Ronnie McMullen attempted to answer this question in the first hour of the broadcast, along with discussing the Mandela Effect with us. 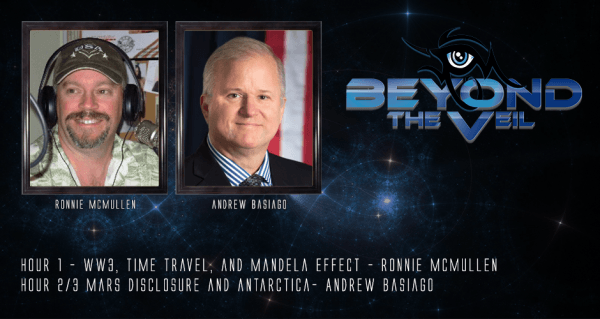