Warning: Cannot modify header information - headers already sent by (output started at /home/beyondtheveil/public_html/wp-content/themes/vice/single-podcast.php:7) in /home/beyondtheveil/public_html/wp-content/themes/vice/single-podcast.php on line 10
 » #587 Everything Is Fake! with Brad Olsen | Beyond The Veil
0% Is this real, or is this just a ride? Fake news, fake terror attacks, fake (GMO) food….what about our modern world ISN’T fake? Author Brad Olsen joined us tonight in the 2nd and 3rd hour of the broadcast to discuss the many deceptions that plague our society. In the first hour, former judge Alfred Webre gave us a glimpse into what exopolitics will look like during the Trump Administration: Is there a plan to throw Trump out of office, to put VP Pence in, instead? 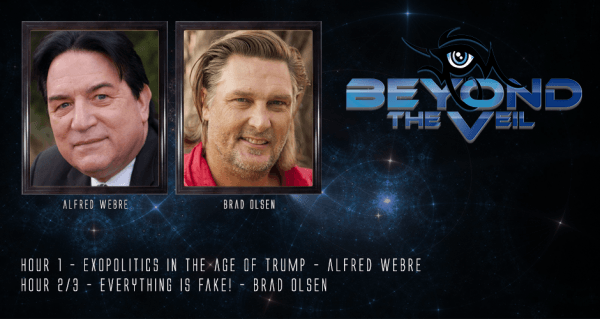