Warning: Cannot modify header information - headers already sent by (output started at /home/beyondtheveil/public_html/wp-content/themes/vice/single-podcast.php:7) in /home/beyondtheveil/public_html/wp-content/themes/vice/single-podcast.php on line 10
 » #567 Packing For Mars with Frank Jacob | Beyond The Veil
0% Have the so-called “ruling elite” been creating an existential back-up plan in the form of Mars colonization? Is there some kind of extinction level event occurring on earth – Or about to occur? Filmmaker Frank Jacob has created an extraordinary documentary, “Packing For Mars”, that explains the true history and development of Mars exploration and colonization. Also, get 50% off your rental of “Packing For Mars” by entering in the coupon code BEYONDMARS when checking out! In the first hour, we are joined by William White Crow for a fascinating discussion on the extent of the environmental damage our beautiful planet has sustained on the account of her wayward children, as well as what he believes we’re about to encounter based on his own trips to Mars and communication with the U.S. government’s time travelers. 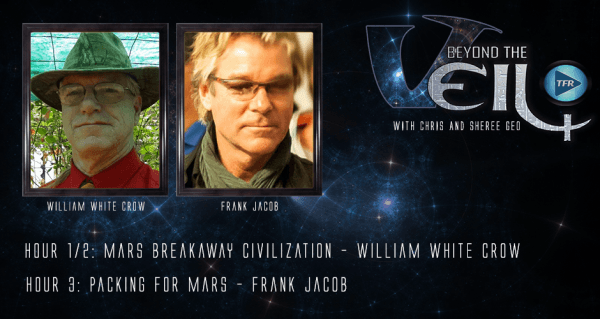