Have extraterrestrials been genetically manipulating the human genome as an attempt to integrate themselves into Earth’s society? How successful have they been, and what are the physiological and spiritual ramifications for the hybrids themselves? Have scientists provided proof of ET abduction by removing implants the ET’s placed inside of them? Tracie Austin joins us to discuss her latest book, Alien Abduction in the Western United States. In the second hour of the broadcast, author Sylvain Tristan divulges the secrets of ancient Druidic secret societies with his new book, Numbers of the Gods. And in the final hour of the broadcast, Anthony Patch exposes the true purpose of CERN, the particle accelorater in Switzerland. 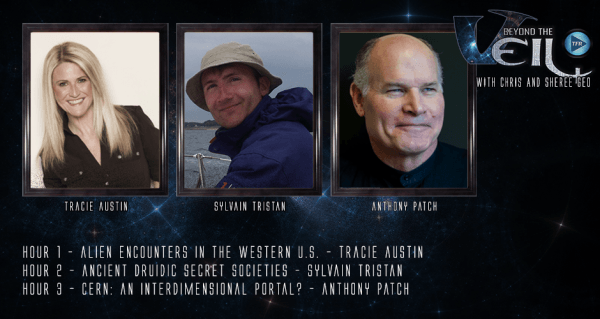