Warning: Cannot modify header information - headers already sent by (output started at /home/beyondtheveil/public_html/wp-content/themes/vice/single-podcast.php:7) in /home/beyondtheveil/public_html/wp-content/themes/vice/single-podcast.php on line 10
 » #554 Montauk, Synchronicity, and the Seventh Seal with Peter Moon | Beyond The Veil
0% Did the U.S. military gain the technology required for time travel with the Montauk Project? Could the Mandela Effect be a complex case of mass psychosis? Peter Moon, author of The Montauk Project: Experiment in Time, joins us for a controversial discussion on a chamber in Transylvania that contains a holographic record of the Earth’s history as well as holographic readouts of human DNA and also other species. We are also joined by John Major Jenkins for a revisiting of the 2012 phenomenon and what it really meant for humanity. 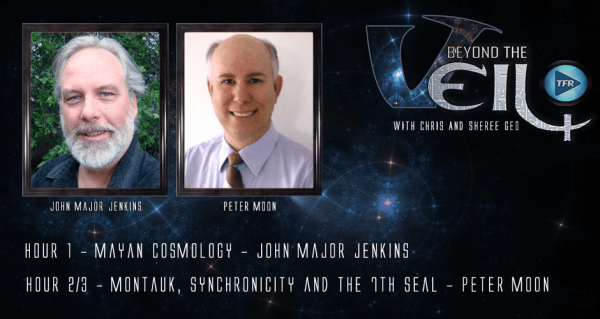