Are we living in a simulated universe? Are all human beings capable of psychic phenomena, such as remote viewing? Can remote viewing be used to tap into the “Akashic Records”? John Herlosky divulges what he experienced of the past, present, and future in his book, A Sorcerer’s Apprentice: A Skeptic’s Journey into the CIA’s Project Star Gate. In the 1st Hour, author Michelle Belanger dives into the underworld of demonology and the occult with her book, The Dictionary of Demons. In the 2nd Hour, Frank Feschino (author of The Braxton County Monster-The Cover-Up of the Flatwoods Monster Revealed) joins us to discuss the so-called “Flatwoods Monster”, an entity that emerged from a crashed UFO in 1952 after the U.S. military ordered it shot down. 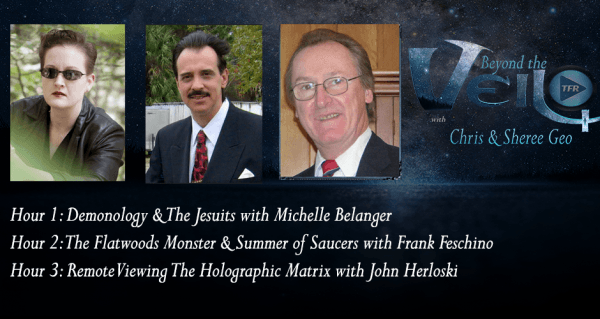