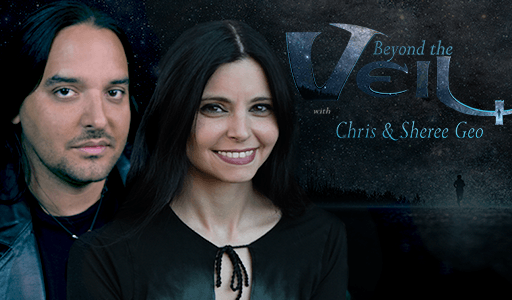 Are you ready to journey to a dimension just outside of our known reality, where science fiction meets science fact? Ride shotgun with cosmic explorers Chris and Sheree Geo as we journey to unlock the mysteries of the universe and discover what lays beyond the boundaries of perception. From encounters with otherworldly intelligences to the things that go bump in the night, we follow the clues etched in stone by our ancestors and analyze first-hand testimony as we discover what awaits us... Beyond The Veil. ... 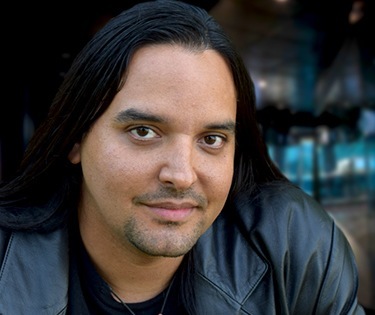 Chris Geo has always had a curious and inquisitive personality. From an early age he became fascinated with all things unseen. He began his journey into the unknown realms of late-night talk radio in 2009 after meeting his wife and co-host Sheree Geo. Once his radio show, "Truth Frequency" evolved into a full-time talk radio station featuring 30+ personalities and twenty-four hours of original content, the next logical move was to step...Beyond The Veil. 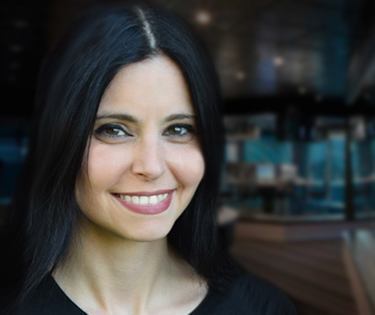 Sheree Geo is a producer, freelance journalist, and late-night talk radio personality. She has been writing professionally since 2007 for various alternative health and political science venues, and has been in talk radio production since 2009, after meeting her husband, Chris Geo. She is currently a producer and co-host of “Beyond The Veil”, a late-night talk radio program that allows her to play the role not only of the ultimate skeptic, but as a seeker of the scientific facts…..Beyond The Veil. 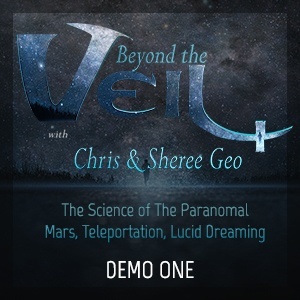 Beyond The Veil Demo #1 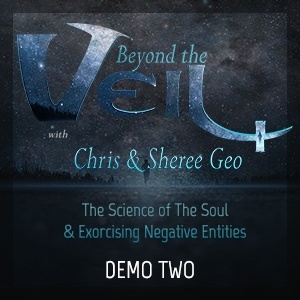 Beyond The Veil Demo #2

BEYOND THE VEIL DEMO # 3 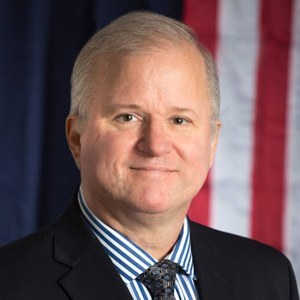 Andrew D. Basiago recently became a whistleblower live on our broadcast, alleging with others that the U.S. government is not only capable of time travel, but has been employing its' use for decades. Further, they allege that governments all around the world have formed a "breakaway civilization" on Mars, as a backup plan in preparation for a global catastrophe. 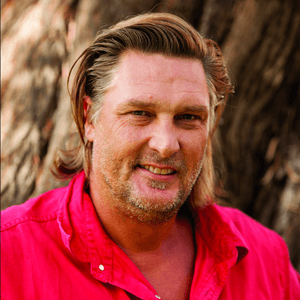 Esoteric author and producer Brad Olsen is always a great addition to the broadcast. His “Esoteric Series” is devoted to all the important subjects withheld from us. His newest book, Modern Esoteric, examines the flaws in modern history and looks at how conspiracy theories, esoteric knowledge, and fringe subjects can be used to help change the dead-end course humanity seems to be following. 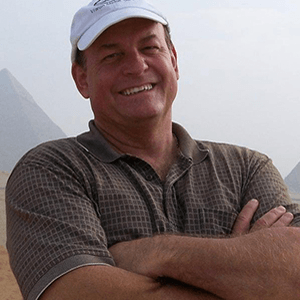 We usually delve into the deepest crevices of spirituality by asking the tough questions, such as, "Does the spirit have mass?" and "Did we choose to incarnate here on earth, or was it decided for us?" when Brooks Agnew joins the broadcast. Also, one of our favorite topics revolves around the possibility of a subterranean civilization existing inside of the "Hollow Earth". As the host of X-squared Radio, Brooks Agnew explores the mysteries of the universe and of the Earth. 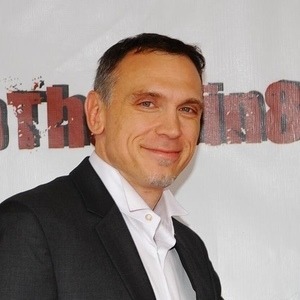 When Craig Santy is our guest, decoding paranormal events and deciphering demonic possession are the themes of the evening. Using his skills as a Hollywood producer and cinematographer, Craig gives us an exclusive, behind-the-scenes look at TV Shows and Movies. 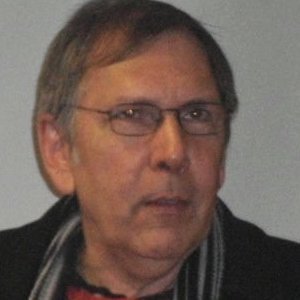 Dr. Ede Frecska is familiar with abnormal and perturbed states of consciousness as a psychiatrist. His recent research has focused on the interface between cognitive neuroscience and quantum brain dynamics, with a special interest in initiation ceremonies and healing rituals. Most recently, his experimental studies have concluded that dimethyltryptamine, a powerful psychedelic, is capable of extending the life of the brain during the first few minutes of brain death. 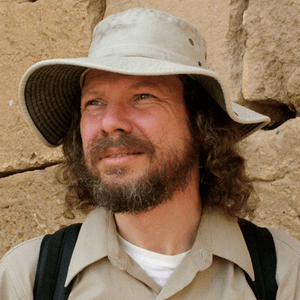 When Dr. Robert Schoch, author of Forgotten Civilization: The Role of Solar Outbursts in Our Past and Future comes on the broadcast, we delve into the past, when a worldwide civilization built structures that defy conventional archaeology, such as Göbekli Tepe. How were humans so advanced back then, only to be thrust back into the stone age by a changing world? And what does that mean for our modern society, when it could very well happen again? 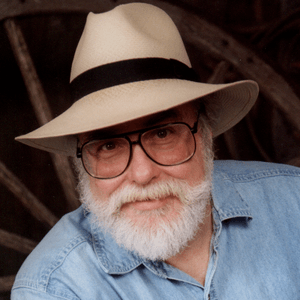 Author and legendary figure in the Alternative Media, Jim Marrs' works were the basis of Oliver Stone’s “JFK”, so if anyone would know about conspiracies being concocted behind closed doors, it would be him! Author of such well-known works as Our Occulted History, Rule By Secrecy, and Rise of the Fourth Reich, his work is destined to be not only controversial to some, but deeply thought-provoking to all. 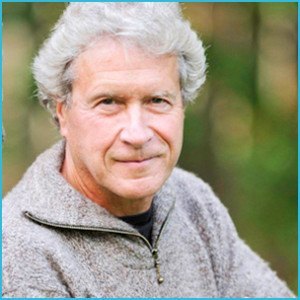 When John Perkins, author of Confessions of an Economic Hitman, joins the broadcast, we may discuss a bit about global finance and his legendary role in the process of economic colonization of Third World countries on behalf of a cabal of corporations, banks, and the United States government ; However, many do not realize how truly spiritual he is, and that our most-profound interviews with John involve consciousness expansion and entheogens. 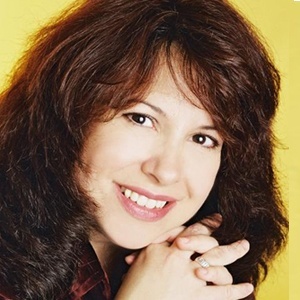 Marie Jones definitely isn't superstitious. Although she has been involved with the paranormal in one way or another for most of her life, she thinks that most (if not all) paranormal phenomena can be explained scientifically. We always get into deep discussions with Marie involving the metaphysical,  Wicca, goddess traditions, mythology and comparative religion. 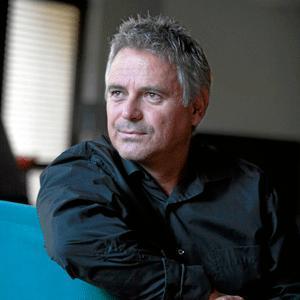 When Michael first began his appearances with us, we discussed his first book, Slave Species of God, a result of a 30-year long obsession with the origins of humankind and the genetic anomalies of our species. However, he has since advanced that knowledge greatly with his new books, Adam’s Calendar and Temples of the African Gods, which expose the mystery of the stone ruins of South Africa and lead to startling scientific conclusions about our origins. 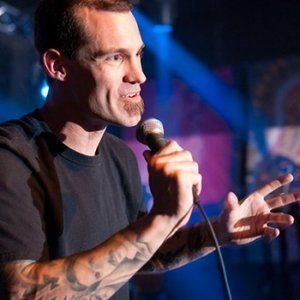 How is our reality defined? When we ingest ayahuasca, how does it change that reality long-term? Is the key to manifesting a better reality found in most plants and animals, as well as all humans? Filmmaker behind the groundbreaking “DMT: The Spirit Molecule“, as well as another documentary, "Ayahuasca", we are always pleased to announce the return of Mitch Schultz to the broadcast. Prepare to be transformed by the renewing of your mind when Mitch arrives on the scene. 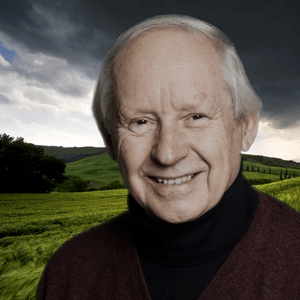 It is always a thrilling and exciting experience to have philosopher and cosmologist, Paul Von Ward to the broadcast. An interdisciplinary cosmologist and independent scholar, Paul is internationally known for the hypothesis of an AB (advanced beings) intervention in human development; his theory of natural spirituality in an evolving, self-learning universe; and research on the survival of a personal soul-genome. 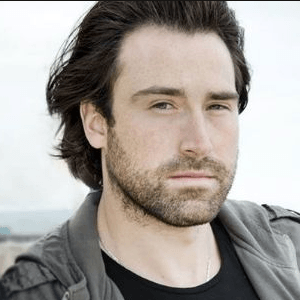 Known for his documentaries, as well as for being in 13 of his father, Oliver Stone's films, the talent Sean Stone has brought to the world has been unprecedented.When we bring Sean to the broadcast, you may not be expecting to hear about deep spiritual matters, but you definitely should be. Sean already seems to reside "Beyond The Veil", which means we always seem to drift into a discussion about entheogens and true spirituality, as Sean is very much at home with those topics. 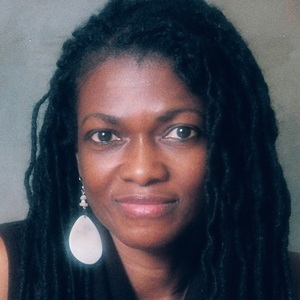 Sonia Barrett’s work is an embrace of science and spirituality as one in the same. Author of The Holographic Canvas, The Fusing of Mind and Matter, Sonia notes on the back of her book “the answers are all tied into the forgotten past and like the single cell of a plant our history is encoded in our cell, DNA and the air we breathe”.  Sonia always presents concepts and ideas on our broadcast that stimulate thought and revive empowerment.

#634 Overriding the Artificial Intelligence and Re-balancing the Matrix

So many wonderful listener comments and topics tonight! We philosophize on ways to override the Artificial Intelligence program, Rebalancing the Matrix, and teaching the Non-Player-Characters how to live harmoniously. Does the AI Virus Infection live off of negative energy, suffering, pain, anger, and fear? If so, can we weaken this adversary by minimizing its power source?

Today we dive into a mixed bag of ideas and philosophies about everything from Flat Earth to D Wave Quantum Computers and Veganism. Do we have to give up everything we love to walk the "spiritual path" or are we perfect just the way we are?

If we live in an artificial/simulated reality, is there truly such a thing as "free will"? And if so, who has it? And is it possible for artificial intelligence (and the beings it "creates") to truly become "sentient"? Chris and Sheree ponder the idea that perhaps organic (Raw) consciousness, though susceptible to the A.I. programming, can react and make decisions contrary to the programming, thus negating the A.I.'s power over that individual. 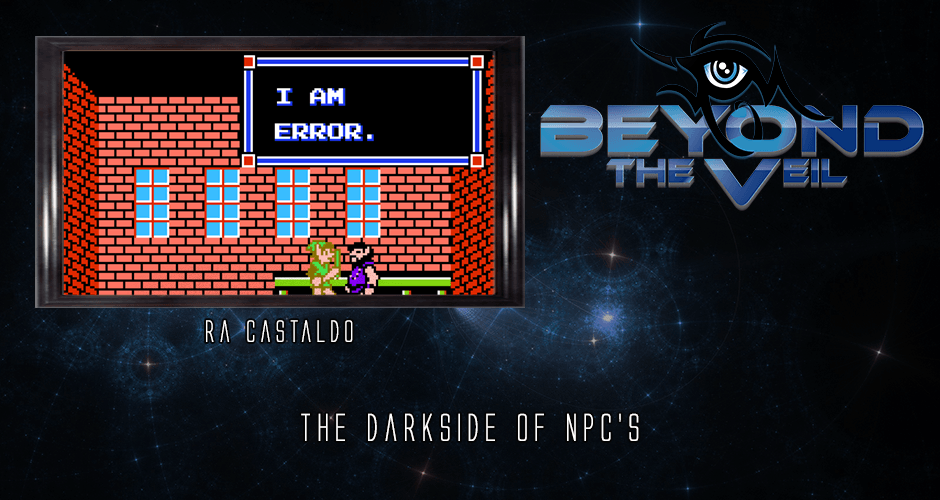 Do these non-organic consciousness / non-player characters populating the earth right now actually have the potential to be dangerous to the Ra(w) consciousness, and to our collective plight to disentangle ourselves from the Artificial Intelligence dominating this matrix? Fellow TFR host Ra Castaldo joins us for a lively (and sometimes controversial) discussion on how to differentiate between the two, and we also get into symbology of Ancient Egypt and how different the interpretations are vs. the A.I.-infected reality. 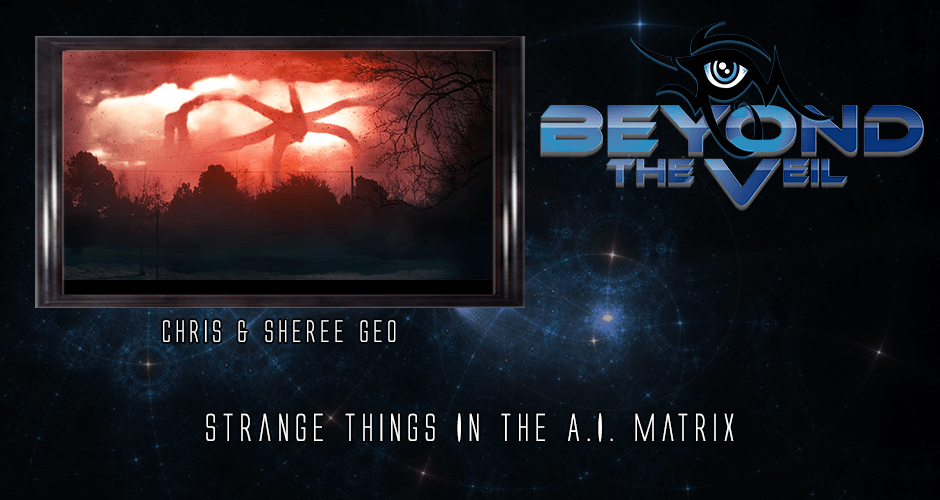 Chris and Sheree discuss the symbology related to the TV show, "Stranger Things", while also delving into the science behind simulation theory: Is it scientifically possible to create an artifical universe? Scientists in 2017 say "No", but scientists in 1947 said, "Absolutely!" 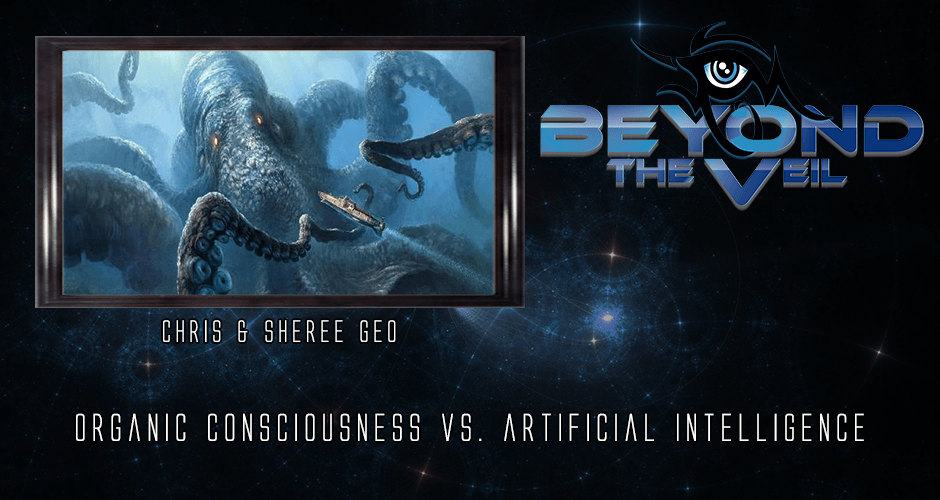 Chris and Sheree take on listener questions, while discussing deep topics, such as the difference between organic (Raw) consciousness and NPC's ("non-player characters") created and maintained by the artificial intelligence.

Would you like to be featured on BTV or carry the broadcast?